Posted at 06:58h in Digital Marketing by Shrijay Parikh 0 Comments

The Advertising Market of India has revolutionized over the years. When someone asks about top 10 advertising agencies in India, the list obviously will be different for all; depending upon the geography and the experience that they hold in national/international market.

As the industry grew more dynamic over the years, advertisements changed mediums. What began with print, later reached the media and now is compatible with Social Media platforms that everyone aspires to be part of.

Earlier advertisements used to revolve around us, the people. That has significantly changed now. It’s us revolving around the billions and trillions of advertisements that are precisely targeted for the groups that we’re directly or indirectly a part of. 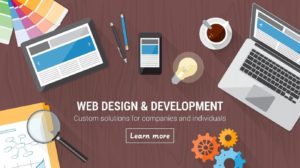 On the list of top 10 advertising agencies in India, every agency has expanded itself into these two formats of advertising. All in all, agencies are now working towards a 360-degree approach in advertising and the brands of the modern world are precisely looking for that.

The synchronized approach over both mediums- conventional and digital can help a brand reach more masses. While the central messages and the products can be advertised with a heavier budget to raise awareness and can be exhibited in all its glory, the digital end can always offer the extension of the idea with a more lucrative and creative approaches. This can help a brand create awareness and then hammer the awareness in the audience’s lives.

Pick out any one of the top 10 advertising agencies in India, and they will suggest both the approaches. Taking both routes is not just for new upcoming brands, but also for established brands that want to keep themselves alive in every way possible.

This synchronization between digital and conventional advertising is what promises growth in the today’s dynamic times. So why stick to one when you can explore the unlimited possibilities that arise from both?!

If there’s a list of top 10 advertising agencies in India that offer conventional and digital advertising, we’re sure that we deserve to hold our spot there.

On the list of top 10 advertising agencies in India

Sorry, the comment form is closed at this time.

We are looking for an entrepreneurial spirited and enthusiastic Business Development Manager to develop our presence in Mumbai. You should be comfortable owning the entire sales process and have the confidence to:

This role is ideally suited to Business Managers looking to make a real impact for themselves and the business and reap the rewards that this brings. The successful candidate should ideally come from a background in Digital / Media, possess strong experience in building client relationships, developing new accounts, leading sales teams and have an enviable little black book of industry names and contacts